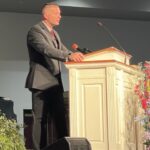 Rev. David Williams, Pastor was born in Burnsville, NC in 1989.  He was homeschooled by his parents who served God faithfully and are devout Christians.

He accepted Jesus Christ as his personal savior on November 29, 2002, at the Faith Baptist Camp in Resaca GA. Just 4 years later at the age of 17 he felt the call of God to preach the gospel, after attending Light on The Mountain youth camp in Ashe County NC, he submitted to Gods call. He began preaching on the streets and in the jail in Yancey County as a teen and there God began to shape his ministry. 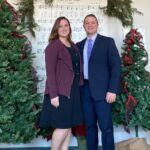 In 2012 he met his future wife, Amanda Reavis and was married in 2016. In 2014 they began attending Pleasant Hill Missionary Baptist Church and became involved in youth and college ministries. They were privileged to direct the music ministry for several years and assisted in the startup of the college ministry. 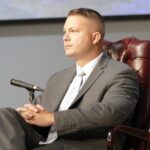 They have traveled to many destinations to carry out mission work and spread the gospel across the United States and around the world as far as the Philippines.

Rev. Williams feels, “there’s nothing of greater importance than the Ministry of the Gospel of Jesus Christ.”